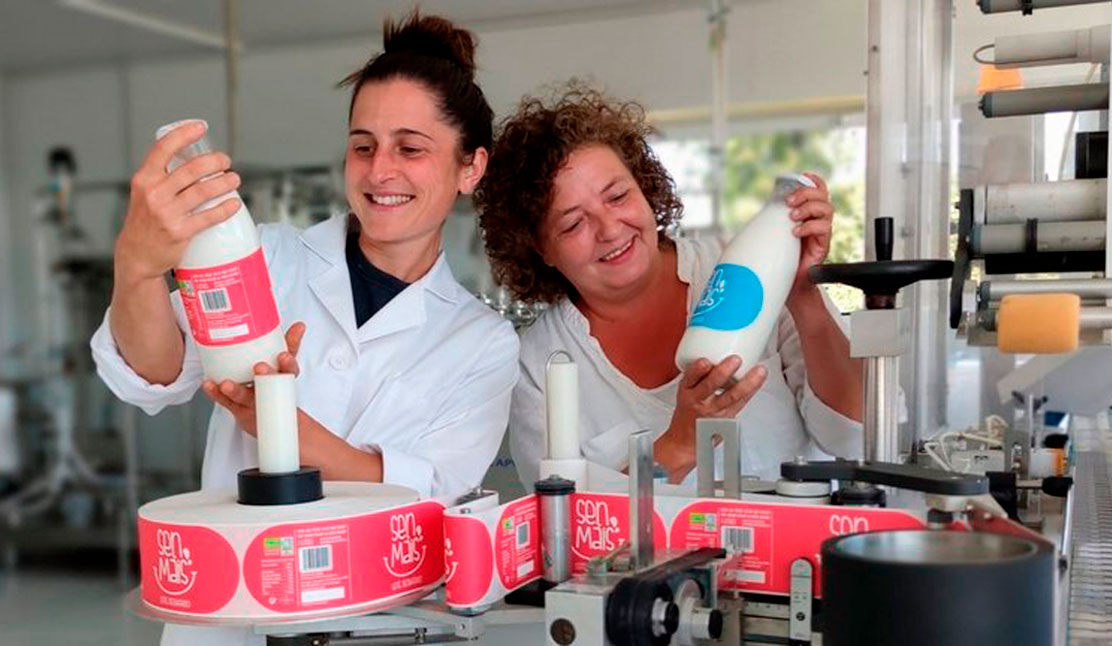 In the cooperative, formed by Granxa Maruxa and A Cernada, they have been working since 2014 to be able to sell their own milk production with a guarantee of maximum quality.

The cooperative As Vacas da Ulloa, formed in 2014 by two livestock farming families in the region, is preparing the presentation of its brand to start marketing its first product in September: fresh milk in glass bottles. Granxa Maruxa, located in Monterroso, and A Cernada, in Palas de Rei, have decided to join forces to jointly address the processing and marketing of their own production.

"What we want is simplicity, that's why it will be marketed under the No More brand. We want to get fresh milk like the milk I used to buy at the store when I was a child. The goal is to offer consumers our product at the highest level of quality without it being mistreated in a center "", explains Marta Álvarez, from Granxa Maruxa.

The creation of this cooperative will allow them to take control of the entire process of transformation and quality control, from production to marketing, "from the land to packaging," says Ana Corredoira, from A Cernada.

They also point out that this is "the only way to finally get a decent price and value all the work behind it". Both are clear that cooperation is key in this project, "we are aware that the only way to do things from the village is this way, joining forces and resources, especially human, which is the main resource of the rural and is being lost," says Corredoira.

Initially they have already created a job and have many ideas in mind that will require more people, contributing to the population fixation in rural areas.

About to culminate the effort of seven years, Ana Corredoira comments that they are "in a very nice moment, which is to defend all that work in front of the consumer".

Both are confident that the honesty with which they elaborate their product will allow them to make visible and value the work of the agricultural sector and that the public will know how to appreciate it. We have all the machinery, knowledge and imagination to take advantage of our milk ", says Marta Alvarez.

Marta Álvarez assures that in Galicia, "which is one of the largest producers, we drink milk of much lower quality than what it has at origin".

Our organic milk will be sold fresh and in glass bottles, a recyclable container that preserves the flavor better. The whole process will take place in A Ulloa, "is where we want to do this elaboration, preserving the values of tradition and primary production," explains Corredoira. This helps to fix the population and avoids milk transfers that reduce its quality.

They affirm that it will have a fair price for both workers and consumers, who will know how to value the effort made by several generations of women in the agricultural sector. Their motto is honesty, which will allow them to reflect all this in their milk.